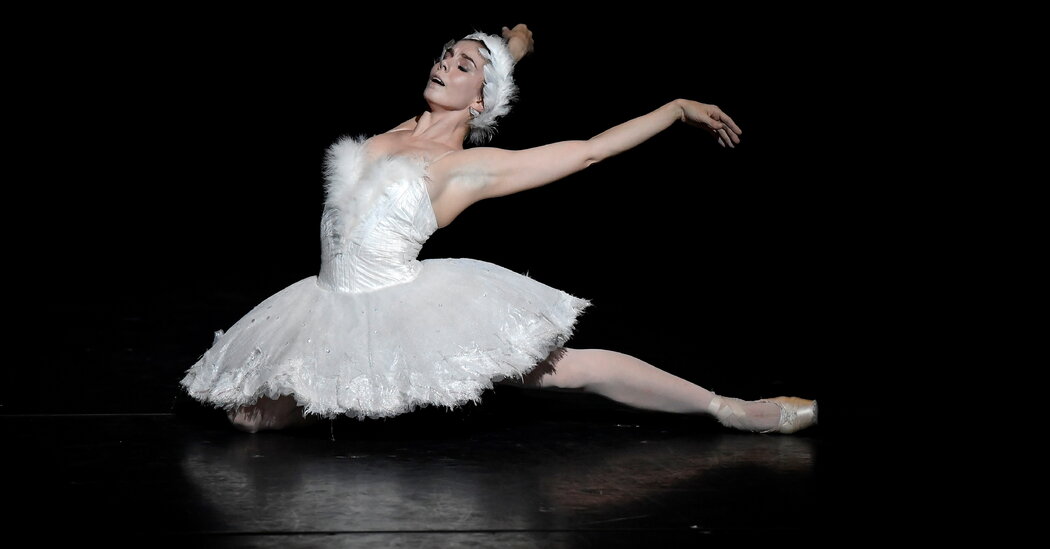 She is a renowned ballerina known for dazzling technique and charismatic portrayals in title roles like “Giselle.” He is a Russian magnate and impresario with a reputation for brashness and ambition.

Natalia Osipova, a star at the Royal Ballet in London, and Vladimir Kekhman, the artistic director of the Mikhailovsky Theater in St. Petersburg, were once close collaborators.

But a conflict over Osipova’s schedule in recent days has strained their relationship and escalated into an extraordinary public feud.

It all began when it became clear that Osipova would be unable to dance in “La Bayadère” this week at the Mikhailovsky. Instead of relying on the usual diplomatic language of cast change announcements, in which absent stars tend to be described in vague terms as “indisposed,” Kekhman posted a blistering 328-word statement on the theater’s website attacking Osipova, saying she had feigned illness and accusing her of “lying.”

He wrote bluntly that she had “lied to two theaters, you and me personally,” and added that she had shown “disrespect toward the audience.”

“She has the skills of a con artist,” Kekhman later elaborated in an interview.

Osipova, 35, has not publicly addressed the matter, but her employer, the Royal Ballet, has stood by her.

“Natalia would have been thrilled to perform, and we are sorry for any disappointment or confusion caused for audiences at the Mikhailovsky,” Kevin O’Hare, director of the Royal Ballet, said in a statement. He blamed a busy schedule at the Royal Ballet and travel restrictions related to the pandemic for her inability to go to St. Petersburg.

The dispute, which has left the dance world agog, provides a glimpse into the intense competition among arts executives for the loyalty, and time, of star performers. Theaters often fight behind the scenes to secure commitments from dancers juggling demanding international careers. But rarely do those arguments spill into public view.

“I’ve never seen a public statement quite as blunt, or as angry, as this one,” said Judith Mackrell, an author and former dance critic for The Guardian in London, referring to Kekhman’s remarks. “When there are spats of this kind, they’re usually settled behind the scenes or are veiled in more evasive comment.”

Kekhman, who made his fortune as a fruit importer and has sometimes been called Russia’s “Banana King,” helped shape Osipova’s career, persuading her to quit the renowned Bolshoi Ballet in 2011 and join the lesser-known Mikhailovsky, a defection that stunned the dance world. Osipova left for the Royal Ballet two years later. But she has continued to appear in St. Petersburg.


Join Times theater reporter Michael Paulson in conversation with Lin-Manuel Miranda, catch a performance from Shakespeare in the Park and more as we explore signs of hope in a changed city. For a year, the “Offstage” series has followed theater through a shutdown. Now we’re looking at its rebound.

During the pandemic, when London was still limiting large gatherings, Osipova returned to the Mikhailovsky for performances of “Cinderella” and “Giselle,” among other engagements. She was set to return to the Mikhailovsky this month for “La Bayadère,” and for “Romeo and Juliette” and “Don Quixote” in July. She also kept a busy schedule at the Royal Ballet, which reopened in May for the first time in nearly six months.

On June 10, Osipova danced in Balanchine’s “Tchaikovsky Pas de Deux” at the Royal Opera House for an audience that included Prince Charles and his wife, Camilla Parker Bowles, who were photographed chatting with Osipova and the other dancers at a post-performance reception.

After the performance, according to Kekhman, Osipova’s fiancé, Jason Kittelberger, who is also a dancer, sent a message to the Mikhailovsky saying that Osipova had fallen ill with Covid-like symptoms and was in the hospital.

The next day, Osipova did not board a flight to St. Petersburg, as the Mikhailovsky had arranged, in preparation for her starring role as Nikiya in “La Bayadère.”

Unable to reach her, Kekhman later posted the statement on the Mikhailovsky’s website attacking her credibility, and saying that her performances this month and next month at the theater would be canceled.

In an interview, Kekhman went further, saying he would ban Osipova permanently from the theater.

“She will never perform here,” he said. “She doesn’t deserve this stage.”

Osipova declined to comment. “She is not prepared to make any comments at this stage,” said an assistant, Vera Ugarova.

On Sunday, after Kekhman’s excoriating statement was issued, she abruptly withdrew from a matinee performance of “Tchaikovsky Pas de Deux” at the Royal Ballet, citing an injury.

“She is recuperating and will return to full performance soon,” said Vicky Kington, a spokeswoman for the Royal Ballet.

Osipova’s fans rushed to her defense. On a Facebook fan page, which describes Osipova as a “raven-haired beauty boasting the energy of an atomic power plant,” her admirers expressed disappointment that they would not be able to see her perform in St. Petersburg. They said they were outraged by Kekhman’s handling of the situation.

“Kekhman’s statement is disgusting and deceitful,” Maxim Lichagin, an Osipova fan who works in the printing industry in Moscow, said in an interview. “I believe Natalia.”